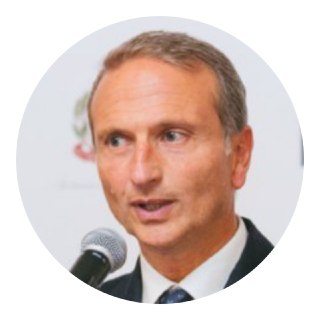 Luca Sabbatucci joined the diplomatic service in 1990 and worked in the Service for Diplomatic Protocol and the Minister’s Cabinet. He held various posts at the Embassies in Seoul, Athens, and Ankara, where he also served as Deputy Head of Mission.
For a considerable part of his career, he dealt with the management of the MFA human and financial resources, in the position of Deputy Director General (2011-2015) and then Director-General for Resources and Innovation (2015-2018). In this role, he achieved the process of reorientation and rationalization of the Italian diplomatic and consular network launched by the Ministry of Foreign Affairs in recent years, championed reforms designed to increase the role of merit-based considerations in HR policies, and sponsored the adoption of working methods aimed at managing resources in an effective and innovative manner.

On January 8, 2019, he was appointed Director-General for Global Affairs. Born in Rome in 1963, he graduated with honors in Political Scienza at "La Sapienza" University of Rome and did his military service in the Carabinieri Corps. He has been awarded the Decoration of Merit of the Republic. 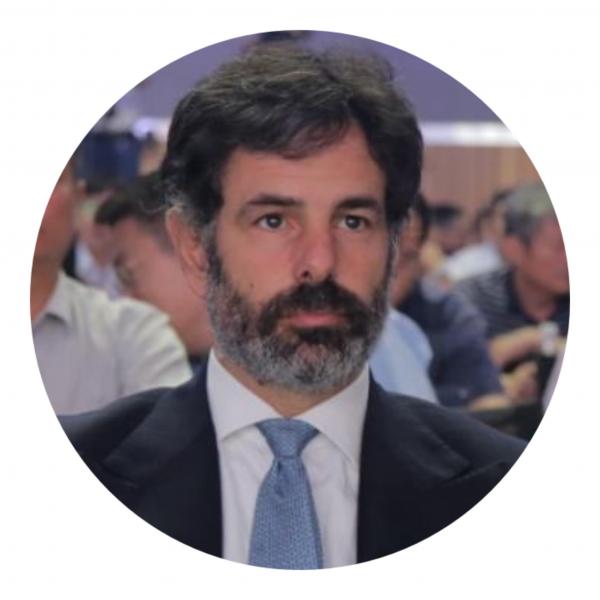 Minister Counselor Emanuele de Maigret joined the Farnesina in 2000. Since 2017 he has been serving at the Italian Embassy in Beijing as Head of the Economic and Commercial Office and from 2020 also as Deputy Head of Mission.  He was previously assigned to the Embassy in Washington D.C.  (2013-2017).  From 2009 to 2013 he returned to Rome as Head of the Secretariat of the Director General for the European Union.  Before, he served in the Embassies in Brasilia (2006-2009) and Warsaw (2002-2006).  Emanuele was born in Rome on April 24, 1970. He graduated in Political Sciences (international address) from the University of Camerino and obtained a Master's in Diplomatic Studies from SIOI (International Society for the International Organization).

He is married and has two children. 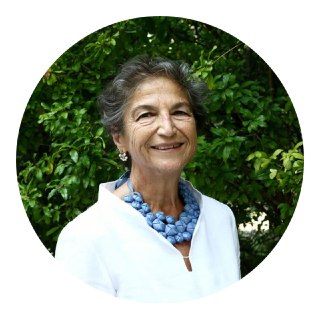 Cristina Ravaglia - Ambassador, former Deputy Director-General for Asia and Oceania in the Ministry of Foreign Affairs

Ambassador Cristina Ravaglia, who entered the diplomatic career in 1978, left in
March 2017 the Ministry of Foreign Affairs and International Cooperation as Director
General for Italians Abroad and Migration Policies, a position she had held
since June 2012. Cristina Ravaglia passed the examination of attorney at law as well, in addition to the competition for access to the diplomatic career. As a diplomat, she served abroad at the Embassies in Warsaw (1982-85) and Madrid (1996-2000) and at the consulates general in Buenos Aires (1985-89) and Munich (1992-96). 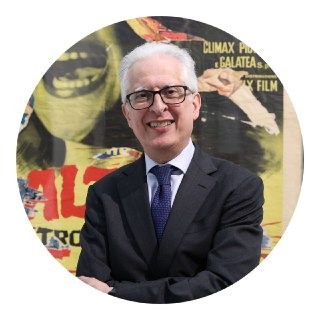 After graduating in political science from LUISS "Guido Carli" in Rome in 1984, he entered the diplomatic career in 1985. As his first foreign post, in 1988, he was Consul in Hong Kong; from 1992 to 1995 he served as First Secretary and later as Councilor for the commercial sector at the Embassy in New Delhi. From 1998 to 2005 he served as Consul General in Canton, China. From 2002 to 2005 he held the role of First Councilor at the Italian Representation to the European Union, in Brussels. In 2005 he returned to the Ministry as Head of the East Asia Office in the Directorate General for Asia, Oceania, and the Pacific. From 2011 to 2015 he was Ambassador of Italy to Indonesia, also accredited in East Timor, as well as Italian Permanent Representative at ASEAN. He now serves as Ambassador of Italy to South Korea. 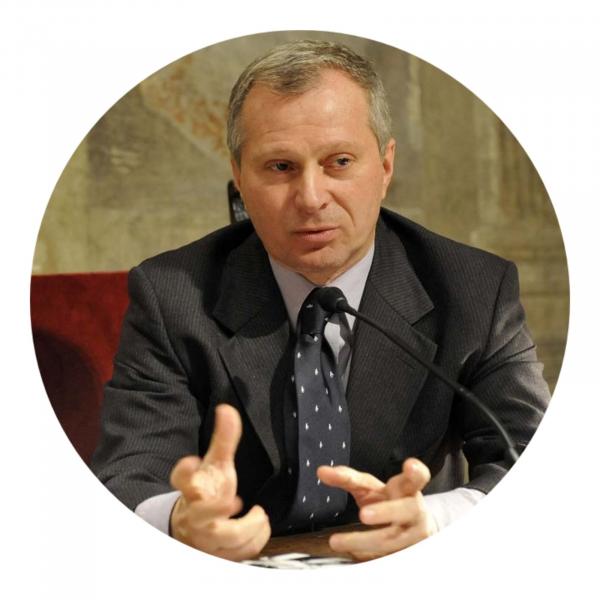 ​​​​Stefano Beltrame - Head of the Training Unit of the Ministry of Foreign Affairs, former Consul-General of Italy in Shanghai

Graduated in Padua, after an experience in the private sector with Procter & Gamble and Johnson & Johnson, he entered the Italian diplomatic service at the beginning of the nineties. As a diplomat, he served in Kuwait, Germany, Iran, and the United States. From 2010 to 2014 he was Diplomatic Advisor to the President of the Veneto Region Luca Zaia. He was consul general of Italy in Shanghai (2013-2018) and diplomatic advisor to the Minister of the Interior. Currently, he is  Director of the Training Unit at the Directorate General for Resources and Innovation of the Ministry of Foreign Affairs.

Among others, he is the author of “A brief history of Italians in China" (Luiss University Press, 2019), “Mossadeq. Iran, oil, the United States and the roots of the Islamic revolution” (Rubbettino), and “The history of Kuwait. The Arabs, oil, and the first Gulf War” (Arachne). 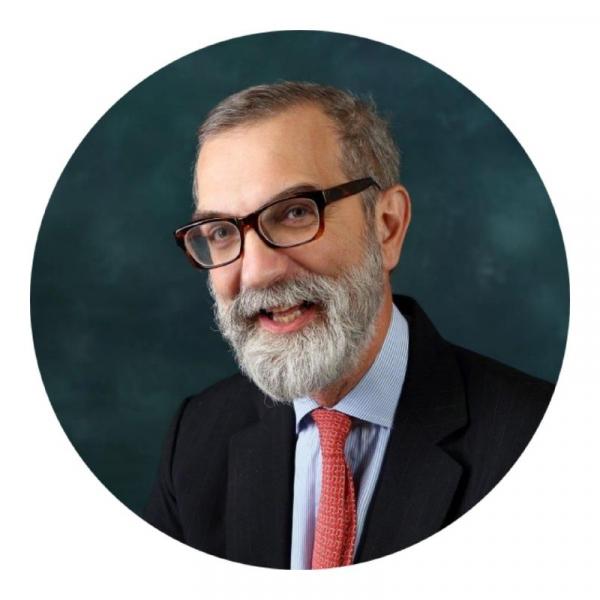 He has been a member of the Italian Foreign Service for more than two decades and holds the personal rank of Minister Plenipotentiary. Born in Siracusa in 1966 he received a degree in Political Sciences (International Relations) from the University of Florence in 1991. After joining the Italian diplomatic corps in 1994, Mr. Giglio served in Islamabad (1998-2001), Hong Kong (2001-2005), Osaka (2007-2011), and Beijing (2011-2015).
In 2015-2018 he held the position of Deputy Director for Asia & the Pacific and Head of the North-East Asia Office at the Ministry of Foreign Affairs and International Cooperation of Italy. Mr. Giglio speaker English, French, German, and Spanish. He also has limited knowledge of Mandarin Chinese (HSK 3; 2012) and Japanese (Nihongo Noryoku Shiken Level 5; 2010). 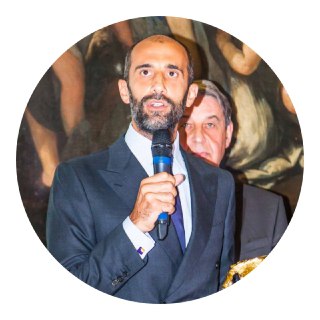 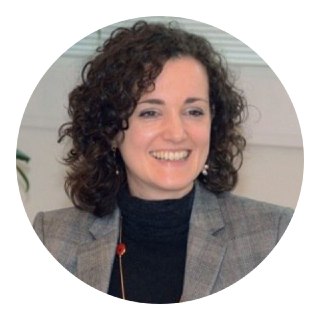 Alessandra started her diplomatic career at the Italian Ministry of Foreign Affairs and International Cooperation in December 2001. Since 2001, she has worked in different capacities with the Italian Ministry of Foreign Affairs and International Cooperation. In September 2002, she served at the Directorate General for the Mediterranean and the Middle East and in September 2004, she was appointed Chief of the Economic Section at the Italian Embassy in Addis Ababa. Since 2008, Alessandra served as First Secretary at the Permanent Delegation of Italy to the international Organizations in Vienna, being Italian Delegate for UNIDO, UNCOPUOS and International Atomic Energy Agency (Technical cooperation program). After 2012 she joined the Directorate General for Cultural and Economic Promotion and Innovation and since 2017 she was responsible for the Unit for Bilateral policies and activities for international promotion of scientific and technological research and innovation of the same Directorate General coordinating the Italian Network of Scientific Attachés abroad.

Alessandra holds a Master’s degree in Political Science from the “Luiss” University in Rome. 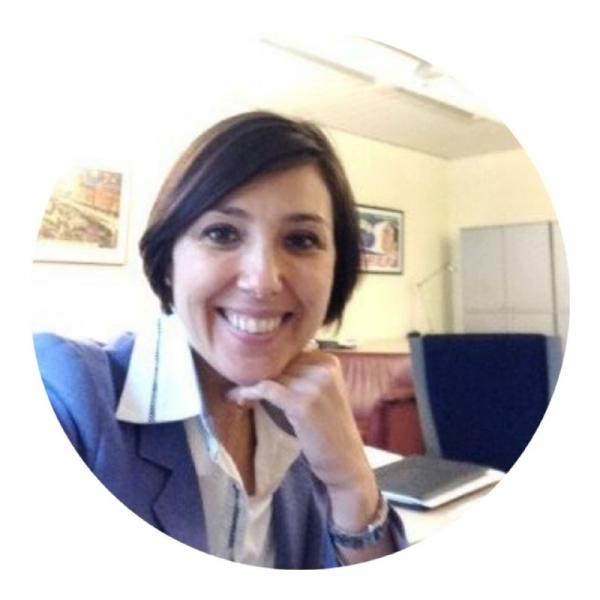 Giuditta Giorgio joined the Diplomatic Career in 2004, after graduating from the University of Trieste (Gorizia Campus) in International and Diplomatic Sciences in 2003.

She worked as Deputy Head of Office in the Human Rights Unit until 2008.  She was then posted to the Italian Embassy in Seoul, where she was Head of the Trade Office until August 2013 and worked - inter alia - on the implementation of the EU-South Korea Free Trade Agreement and on the G20.
After Seoul, she went to the Italian Permanent Representation to the European Union to work for the unit dealing with the European Parliament. In that capacity, during the Italian Presidency of the Council of the EU in 2014, she was Vice President of the Council General Affairs Working Group, in charge of EU inter-institutional issues, and then became Head of the EP Unit of the PermRep in 2015.
She shortly served as Italian Delegate to the Maghreb-Mashreq Working Group, until she was appointed to serve at the Office of the Diplomatic Advisor to the President of the Council of Ministers in January 2016.
Giuditta worked as Councillor there for almost 3 years, dealing with EU matters and relations with Asia. She worked on the organization of the 60th anniversary of the Treaties of Rome and to visits of the PM to Asia, especially to China and India.
In September 2018, she went back to the Ministry of Foreign Affairs as Councillor at the Cabinet of the Minister, dealing with public speeches. 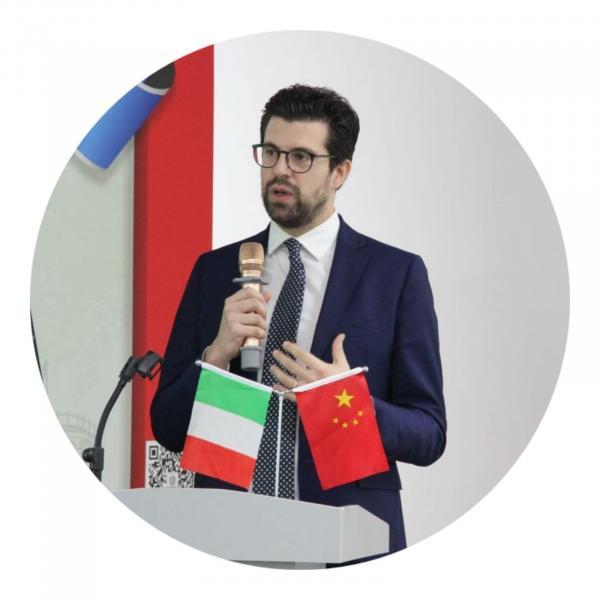 ​​​​Davide Castellani - Consul at the Consulate General of Italy in Chongqing

After practicing forensics, he became a lawyer at a leading Italian law firm of international commercial law, with a specialization in China.
He entered a diplomatic career in March 2016 and was initially assigned to the Director of General Promotion of the Country System, Secretariat, Office V (Promotion of Italian Schools in the World).
At the Consulate General in Chongqing, he has held the functions of Vice-Consul since 3 July 2017.